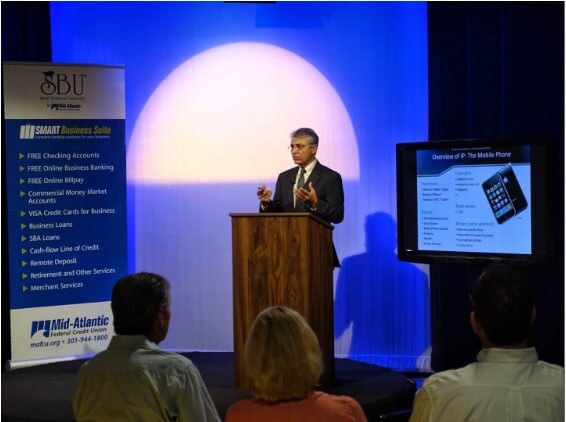 Michael Razavi has served the USPTO for over 30 years in a wide variety of capacities. Currently, he is outreach educator and advisor to the Office of Innovation Development.

Previously, Mr. Razavi led numerous projects and initiatives with foreign patent offices and embassies, as well as U.S. businesses, universities, and federal government agencies, including the Office of Personnel Management, Census Bureau, the Environmental Protection Agency, the Department of the Treasury, and the Department of Commerce.

Within the USPTO, he has worked closely with the Offices of the Under Secretary, Policy and International Affairs, and the Commissioner for Patents. In addition, he serves as the President of the Supervisory Patent Examiner-Classifiers Organization, representing 600-plus managers at the USPTO.

He holds a master of science in electrical and medical engineering from the George Washington University and a degree in advanced public management from Syracuse University. He is a recipient of the U.S. Vice President Al Gore’s Hammer Award as well as Department of Commerce Gold, Bronze, and Career Awards.